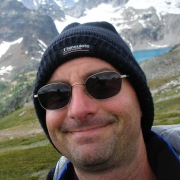 I've been learning languages since childhood. I grew up in the USA and started to learn Greek as a child. As an adolescent I began to learn French and Italian. As an adult I started to learn Russian and Spanish. Then I went on to Mandarin as well. Over time I added some more languages and I can also converse in Portuguese, Norwegian, Dutch and German. My Catalan and Turkish are very rusty. Now I want to learn some basic conversational Finnish, Lithuanian, Latvian and Estonian.